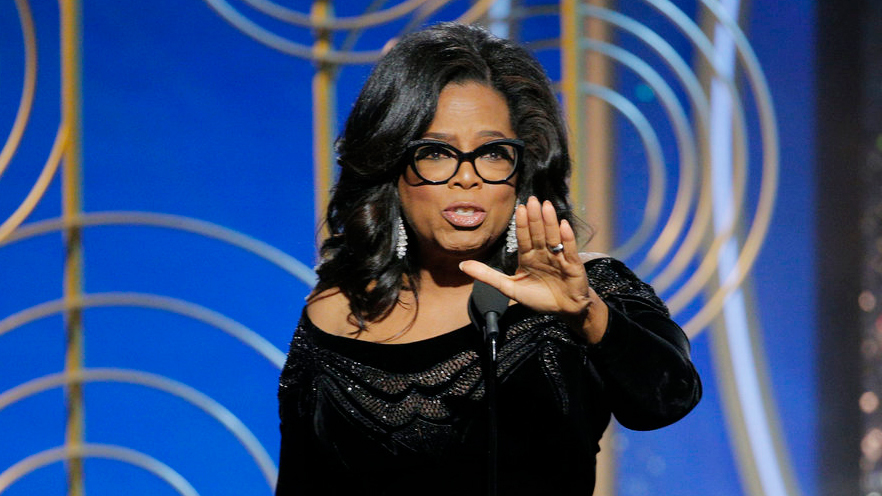 "Backstage I heard I was the only woman to get the best director award. You know that was 1984, that was 34 years ago?"

This year’s Golden Globes awards gave celebrities a platform to voice their opinions on equality, and the women of the #TimesUp movement certainly didn’t let this opportunity slip. These were some of my favorite moments:

Just a few weeks ago, Catt Sadler of E! News announced her decision to leave the network after finding out that a male co-host was making nearly double her salary. With Ryan Seacrest on the red carpet at the Golden Globes, women took this opportunity to voice their opinions about the situation.

Debra Messing made a powerful statement telling E!’s Giuliana Rancic, “I was so shocked to hear that E! doesn’t believe in paying their female co-hosts as their male co-hosts. I miss Catt Sadler. So we stand with her. That’s something that can change tomorrow, you know. We want people to start having this conversation that women are just as valuable as men.”

Laura Dern also called out the network saying, “We need the powers that be, and all the industries and all the networks, including E!, to help us with closing this pay gender gap.”

Some celebrities chose to bring activists as their dates, making the red carpet for more interesting than ever before. This included #MeToo founder Tarana Burke who attended the awards show with Michelle Willams, co-founder of Alianza Nacional de Campesinas Mónica Ramírez who was accompanied by Laura Dern. Meryl Streep brought the director of the National Domestic Workers Alliance, Ai-Jen Poo, and Marai Larasi co-chair of the End Violence Against Women Coalition attended the show with Hermoine Granger herself, Emma Watson.

When announcing the nominees for best director, Natalie Portman made sure to add some shade to their introduction saying, “Here are the all-male nominees.” The crowd showed their agreement with her statement, reacting with amazement and cheers. Portman’s statement brings light to the fact that there were several female directors who deserved to be nominated and were looked over including Dee Rees for Mudbound, Kathryn Bigelow for Detroit, Patty Jenkins for Wonder Woman, and Greta Gerwig for Lady Bird.

Everything Oprah Had To Say

Every word of Oprah’s speech was incredible, but here are a few of my favorite parts:

“We know the press is under siege these days. We also know it’s the insatiable dedication to uncovering the absolute truth that keeps us from turning a blind eye to corruption and to injustice. To—to tyrants and victims, and secrets and lies. I want to say that I value the press more than ever before as we try to navigate these complicated times… ”

“… what I know for sure is that speaking your truth is the most powerful tool we all have. And I’m especially proud and inspired by all the women who have felt strong enough and empowered enough to speak up and share their personal stories. Each of us in this room are celebrated because of the stories that we tell, and this year we became the story. ”

“For too long, women have not been heard or believed if they dare speak the truth to the power of those men. But their time is up. Their time is up.”

“I want all the girls watching here and now to know that a new day is on the horizon! And when that new day finally dawns it will be because of a lot of magnificent women, many of whom are right here in this room tonight, and some pretty phenomenal men fighting hard to make sure that they become the leaders who take us to the time when nobody ever has to say ‘Me too’ again.”

Barbra Streisand’s Reaction To Being Only Best Director Winner

While presenting the final award of the evening, Barbra Streisand let everyone in on something she had come to realize. “Backstage I heard I was the only woman to get the best director award. You know that was 1984, that was 34 years ago? Folks, time’s up! We need more women directors and more women to be nominated for best directors.” You’ve got to be freakin kidding me!

6 Whisper Confessions That Got Feminism All Wrong